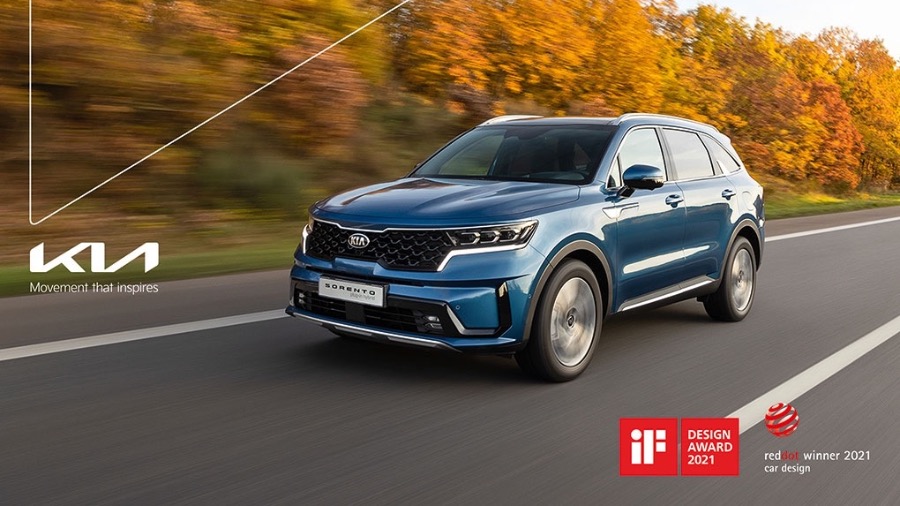 The multi-award-winning new Kia Sorento has received two more globally renowned awards. The brand's flagship SUV has won both the Red Dot Award and the iF Award for its product design.