The New Dacia Logan MCV has won the coveted Most Highly Rated Car award at the 2017 Honest John Awards in London. 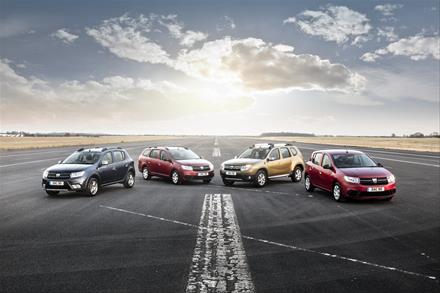 The New Dacia Logan MCV has won the coveted Most Highly Rated Car award at the 2017 Honest John Awards in London.

Now in their seventh year, the awards named the New Logan MCV the Most Highly Rated Car after it received more positive owners’ reviews on honestjohn.co.uk than any other vehicle over the past 12 months. The leading motoring website has around two million visitors each month.

Commenting on New Logan MCV’s award win, Dan Powell, Managing Editor ofhonestjohn.co.uk, said: “The Most Highly Rated Car is one of the most-coveted of all of the Honest John Awards, because it is based solely on owners’ reviews. Praised by our readers for its excellent value, low running costs and spacious interior, the Dacia Logan MCV was the clear winner over the past 12 months with more positive owner reviews than any other vehicle.”

Vincent Tourette, Managing Director, Groupe Renault UK & Ireland: “We’re delighted that the New Logan MCV has won the Most Highly Rated Car category at the Honest John Awards. So many positive owners’ reviews prove beyond doubt that Dacia is not only delivering class-leading affordability in its vehicles, but also a highly rewarding ownership experience. With Dacia, drivers enjoy a no-nonsense and highly appealing combination of value, quality and robust reliability.”

Appealing to cost-conscious drivers who need a large amount of space, the versatile New Logan MCV is available in Access, Ambience and Lauréate trim levels. It comes with a choice of three engines, including a diesel option that returns up to 80.7mpg (NEDC combined). The New Logan MCV is priced from £7,295 OTR, or a new rugged Stepway edition was launched in the UK earlier this month, priced from £11,495.

The brand achieved record global sales figures in 2016. Dacia sold 584,219 vehicles in total, across the 44 markets in which it is sold, representing a year-on-year increase of six per cent.

Dacia also has an active community of followers, with some 3.5 million fans across its various social networks.

The Dacia Logan MCV is available at Sutton Park Groups showrooms in Burton-on-Trent, Sutton Coldfield and Warwick. Visit http://www.suttonparkgroup.co.uk/dacia/new-cars/logan to find out more.