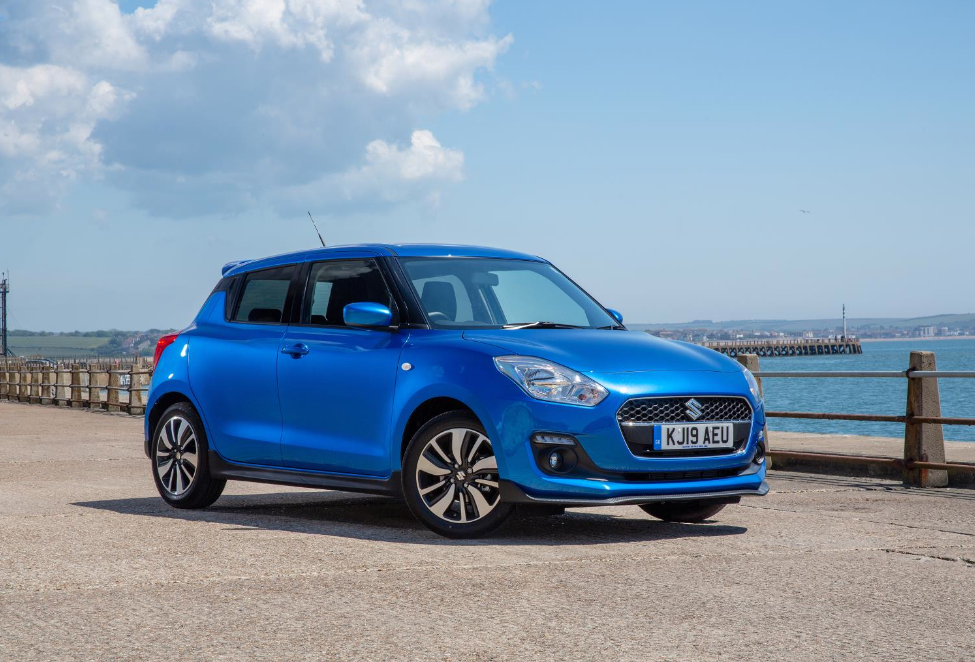 EasyLife was previously made available across the Renault Clio, Captur and Mégane ranges. Those models start with the Play trim and progress to Iconic and GT, while the Scénic and Grand Scénic start with Play and Iconic and conclude with the high-spec Signature trim. Koleos now has a two-trim line-up, starting with Iconic and climbing to GT Line.

Renault Scénic and Grand Scénic
With Renault EasyLife the five-seat Scénic and the seven-seat Grand Scénic model ranges reduce from four trims to three. Both models begin with Play, which replaces the previous Expression+. The breadth of standard equipment found on Expression+ carries over to Play, including 20-inch ‘Silverstone’ alloy wheels, a seven-inch colour touchscreen, a hands-free keycard, and climate control. In addition, Play brings extra technology to the entry version of the Scénic family in the form of rear parking sensors and smartphone replication via Apple CarPlay and Android Auto.

The mid-point of the revised Scénic and Grand Scénic line-up is the Iconic trim, which is similar to the Dynamique Nav of the previous range. Iconic models feature design cues that are true to the ethos of Renault EasyLife. Front and rear parking sensors make manoeuvring simple, ease of use is found in the cabin with a sliding centre console that includes two USB ports, a 12V socket and AUX input for rear passengers. Tinted windows add a style touch, while Renault’s R-Link2 system makes it easy to bring smartphone functionality into the car.

Completing the Scénic family line-up is the Signature specification. Replacing Dynamique S Nav, the Signature trim further increases the technology count. The head-up display is in colour and can be adjusted for brightness, while the portrait-format colour touchscreen is enlarged to 8.7-inches. A panoramic sunroof and leather upholstery add style, and the already versatile cabin benefits from one-touch folding second row seats in Scénic and one-touch second and third row seats in the Grand Scénic.

Underlining the EasyLife philosophy is a straightforward choice of two engines. The new 1.3-litre Energy TCe 140 turbocharged petrol engine incorporates several innovations, including Bore Spray Coating that improves efficiency by reducing friction and optimising heat transfer. The Energy TCe 140 engine has an output of 140hp and a CO? figure of 137g/km for the Scénic and 141g/km for the Grand Scénic. It achieves 47.1mpg (combined cycle NEDC value obtained from WLTP figures; 45.6mpg for Grand Scénic) and has a torque figure of 240Nm at 1,600rpm.

The new 1.5-litre Blue dCi 120 turbocharged diesel unit has a power output of 120hp and a CO? figure of 129g/km for both the Scénic and Grand Scénic. Both engines are available in Play, Iconic and Signature trims with a six-speed manual gearbox.

EasyLife range Scénic and Grand Scénic are available to order now, with deliveries commencing immediately. The attractive Scénic family displays Renault’s sensual design language with a C-shaped front lighting signature and unique and innovative 20-inch wheels across the range. Renault invented the compact family MPV segment with the Scénic in 1996 and this is the fourth generation of the model.

Renault has underlined its commitment to providing exceptional value by reducing the price at which the Scénic range starts. This is now £21,390 OTR – a reduction of £620.

The Renault Grand Scénic Play is £23,190 OTR – also a reduction of £620. Iconic starts from £22,690 OTR, representing a significant price reduction of £1,320 when compared to the Dynamique Nav trim. The saving is the same on the Grand Scénic, with the model starting from £24,490 OTR.

Scénic Signature prices begin at £24,290 OTR, which is £1,220 lower than the previous equivalent model. The saving is the same on Grand Scénic Signature, which starts at £26,090 OTR.

Renault Koleos
The exceptional value of the Koleos EasyLife line-up is underlined by the reduced starting price of the entry level model. The Koleos Iconic is available from £27,495 on the road, a reduction of £550 compared to the previous line-up. Stepping up to the four-wheel drive Koleos Iconic adds £2,000. Koleos GT Line starts at £29,495 and, like the Iconic model, the four-wheel drive version is £2,000 more.

A long list of standard equipment makes up the Koleos Iconic. This includes plenty of must-have technology, such as a rear parking camera with front and rear parking sensors, a blind spot warning system and climate control. Renault’s R-Link2 infotainment system is included, along with a seven-inch colour touchscreen. R-Link2 includes satellite navigation and allows the customer to mirror their smartphone onto the touchscreen via Apple CarPlay™ or Android Auto™.

As well as a host of technological features, the interior is a smart place to be with tinted windows, ambient lighting and black cloth/part- leather seats. Automatic lights and wipers and 19-inch ‘Galiki’ alloy wheels boost the equipment list still further.

The Koleos GT Line is the luxurious pinnacle of the Renault passenger car range. In addition to the features of the Iconic model, the GT Line has full LED ‘Pure Vision’ headlights and ‘Carbon Black’ leather upholstery with heated front seats. The tailgate is automatic, while the colour touchscreen is 8.7-inches in size.

Both models are available in two- or four-wheel drive with Renault’s 2.0-litre dCi 175hp diesel engine. This complies to the latest Euro 6C WLTP regulations and is equipped with a seven-speed automatic X-Tronic gearbox. The EasyLife range is available to order now with deliveries beginning in November.