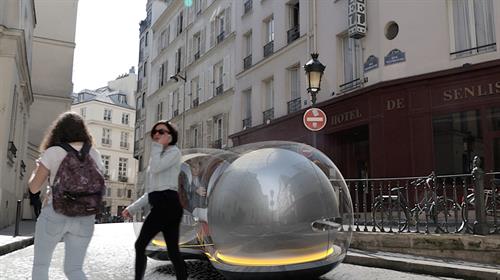 The Renault ZOE, fitted with the new 250-mile range (NEDC) Z.E.40 battery, was commended in the Electric Award category. The Renault ZOE’s new Z.E. 40 battery delivers almost double the range of the previous battery, providing motorists with an electric vehicle option that is better suited to many lifestyles with the average daily commuting distance being well within the ZOE’s capabilities.

The All-New Grand Scénic, recently launched in the UK, was commended in the Best MPV category. The seven seat All-New Grand Scénic features a fresh approach in term of its design, including 20-inch wheels as standard – a first in its segment. It provides a choice of 21 versions across four specifications, four engines and two transmissions. It provides utmost travelling comfort and modularity with its One Touch Folding Seat functionality that allows all, or some, of the rear seats to be folded automatically, from the drivers seat or tailgate, to obtain a flat floor and facilitate easy loading. The All-New Grand Scénic comes with a comprehensive suite of driver aids too, including Active Emergency Braking (AEBS) with Pedestrian Detection as standard equipment for the first time in the segment.

Commenting on the commendations, Graham Hope, Editor at Auto Express said: "The ZOE is doing a great job of making electric motoring a realistic option for more and more buyers. With its increased range, it makes running an EV viable for many, it doesn't cost the earth to own and it's an enjoyable car to drive, too. With the Grand Scénic, Renault has shown that practical cars can be stylish too. It's one of the best-looking MPVs on the market, with a particularly stylish interior that can comfortably accommodate seven, and an excellent infotainment package."

Vincent Tourette, Managing Director, Groupe Renault UK, said of the results: “Despite being very different, both the Renault ZOE and All-New Renault Grand Scénic have always excelled at providing motorists with stylish, comfortable and practical vehicles at an affordable price tag. Having invented the Compact MPV segment 21 years ago, it’s gratifying to see the Grand Scénic still delivers what it set out to do. The 2017 ZOE with the Z.E.40 battery, as well as interior and exterior upgrades, builds on its previous success and now delivers the longest range of any mainstream electric vehicle. We’re delighted that Auto Express have commended these as vehicles in their respective segments.”

Renault is Europe’s best-selling electric car and van manufacturer with a whole range of electric vehicles including the ZOE, Kangoo Van Z.E. and Twizy quadricycle. The Renault Master Z.E. large van was unveiled earlier this year. The ZOE is an all-electric, five-door supermini available in a choice of three trim levels and with two battery options. Despite its affordability, the entry level Expression Nav comes with a high level of standard specification including items such as climate control and the 7-inch touch screen R-Link infotainment system with sat-nav. Dynamique Nav features include hands free keycard, automatic lights and wipers and rear parking sensors. The all-new top-of-the-range Signature Nav trim provides buyers with features including supple leather upholstery, a seven speaker BOSE® audio system, heated front seats and a rear parking camera. All retail customers receive a free 7kW wall box charger fully-installed at their home when they purchase a ZOE.

With the new Z.E.40 battery, ZOE’s range is 250 miles (NEDC) – Renault estimates that in real-world driving conditions this equates to around 186 miles in summer and 124 miles in extreme cold winter conditions. ZOE can charge from zero to 80 per cent full in as little as 60 minutes thanks to its patented Chameleon Charger™ that allows it to make the most of the widest range of power supplies and also keep charging times to a minimum. Renault’s Range OptimiZer technology ensures ZOE is highly efficient with its heat pump, a bi-modal braking system and Michelin ENERGY E-V tyres all as standard.

The All-New Renault Grand Scénic is a seven seat compact MPV – a segment that Renault created in 1996. This distinctive fourth generation version has a number of unique-in-class technologies such as AEBS with Pedestrian Detection as standard, 20-inch wheels as standard, One Touch Folding Seats and an 8.7-inch portrait touchscreen in the centre dashboard. The All-New Grand Scénic provides a high level of specification as standard such as the Visio active safety system providing Lane Departure Warning, Traffic Sign Recognition and Automatic High/Low Beam headlamps. An electronic parking brake, LED daytime running lights and automatic dual-zone climate control are all also standard items. The All-New Grand Scénic also has some ingenious storage solutions, including four underfloor compartments which extend total passenger storage capacity to 57-litres, placing it at the top of its class by offering up to twice as much space as its competitors.