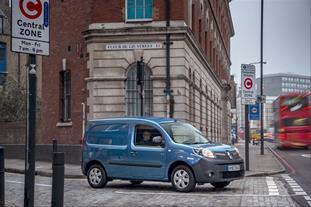 The 100% electric Renault Kangoo Van Z.E.33 has reaffirmed its class-leading status by being named ‘Best Green Van’ for the second consecutive year at the Business Van of the Year Awards, held today in London.
Article by
Sutton Park Group
2 years ago