Fortnum & Mason, the iconic London-based retailer, continues to innovate its services by offering cutting-edge delivery through the use of a duo of all-electric Renault Kangoo Z.E. 33 refrigerated vans. 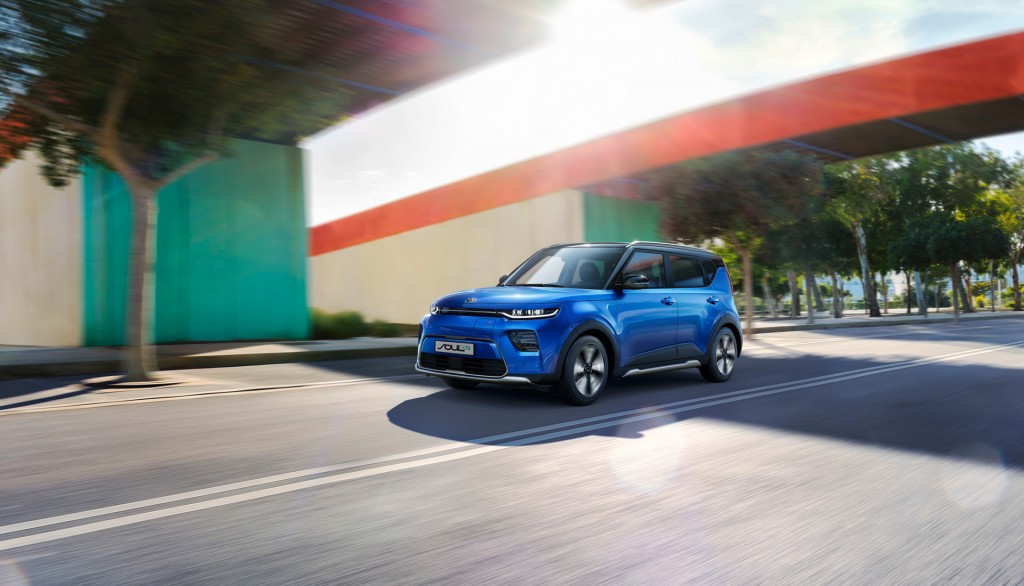 Working out of its flagship Piccadilly store and newly-opened Royal Exchange outpost in the heart of the City, the zero-emissions-in-use, specially converted light commercial vehicles will complete deliveries in and around the capital, making on average 40 drops a day, seven days a week. Over the festive period they are expected to be even busier as customer demand increases for items such as Fortnum & Mason’s signature hampers, but the van’s real world range of 124 summer miles (75-99 winter miles) means a day’s deliveries can be comfortably completed on a single charge with range to spare.

The pairing of Renault Kangoo Z.E. 33 replace Fortnum & Mason’s previous Kangoo Z.E., which the store has used successfully since 2015. The additional vans will enable Fortnum & Mason to service the increasing number of customers opting for convenient delivery of in-store purchases, including those that will now originate from the business’ additional store located in the Royal Exchange. Whereas its original Kangoo was an ‘off the shelf’ Panel Van, Fortnum & Mason chose to specify its new Renault Kangoo Z.E. 33 vans with refrigerator conversions in order to ensure that customers’ fresh food purchases arrive in pristine condition.

In addition to providing a cost-effective method to conduct multi-drop deliveries in central London – the Renault Kangoo Z.E. 33 being exempt from the London Congestion Charge and the proposed ULEZ charge, plus qualifying for zero road tax and offering significantly lower running costs compared to a van with a conventional internal combustion engine – the new vans also conform to Fortnum & Mason’s desire to continually reduce the carbon footprint of its operations.

The use of electric delivery vehicles plays a significant role in the carbon management plan relating to its Piccadilly store, which since 2015 has been the subject of a number of initiatives and investments that have been implemented to lower its impact on the environment. The introduction of the Renault Kangoo Z.E. 33 complements the likes of all electricity being generated from 100 per cent renewable sources, the replacement of conventional lightbulbs with LEDs in store; and the fitment of energy efficient heating. By using the Renault Kangoo Z.E. 33 for the basis of its refrigerator vehicles, Fortnum & Mason is not only eliminating CO2 emissions from the exhaust, but also those that would be created from using an on-board diesel generator to power the chiller.

Operating in the highly-populated and often heavily-congested capital, the Renault Kangoo Z.E. 33 is the ideal vehicle for Fortnum & Mason’s multi-drop deliveries. No gear changes and instant response make light work of the constant stop/starting for deliveries and driving in traffic, while its near silent running means it also reduces noise pollution yet with the aid of Z.E Voice, which activates an audible warning up to 18 mph, keeps pedestrians safe.

David Woodroof, Logistics Manager, Fortnum & Mason, said: “We are immensely proud of our heritage, but Fortnum’s has survived for 311 years by constantly innovating – and so we are always looking for new ways to progress, particularly when it comes to our sustainability strategies. The Renault Kangoo Z.E. will play a part in our drive towards more environmentally friendly operations. Since 2015 it has proved a valuable, reliable, and highly efficient asset and its electric drivetrain is perfect for the role. While the actual mileage our vans cover is low, the driving conditions are demanding, but the Kangoo Z.E. overcomes a lot of the issues you would have with a conventionally-engined van, while also being significantly cheaper to run and maintain.”

Vincent Tourette, Managing Director, Groupe Renault UK, said: “To see such a famous and industry-leading business as Fortnum & Mason put its confidence in the Renault Kangoo Z.E. 33 to not only carry out deliveries but also play a significant role in its drive to reduce its impact on the environment, is highly rewarding. Its round-the-clock use in the capital city also shows just how durable and usable it is, especially when it comes to making multi-drop deliveries in areas that are becoming increasingly restricted to vehicles, and all with zero emissions in-use.”

The Kangoo Z.E. 33 has a real-world summer range of 124 miles and has a load capacity of up to 4.6m³, coupled with diesel-rivalling payload of up to 640kg. Together with the enhanced 33kWh battery, the Kangoo Van Z.E. 33 benefits from an upgraded charger that reduces charging times and is twice as powerful as its previous one. The single-phase 7kW AC charger can take the new 33kWh battery to a full charge in just six hours, with the ability to ‘top-up’ the vehicle by up to 15 miles in just one hour. The Renault Kangoo Van Z.E. 33 is available in a range of body styles, including Kangoo Van Z.E. 33, Kangoo Maxi Z.E. 33, Kangoo Maxi Crew Van Z.E. 33 and Kangoo Maxi Crew Van Cab Z.E. 33.

The award-winning Renault Pro+ Commercial Vehicle range is supported by Renault Pro+ Business Centres as part of the dealer network, which has been developed to meet the specific requirements of business customers. Benefits of the highly specialised network include finance products tailored for professional customers, extended opening hours and courtesy vehicles that are of the same category (wherever possible), to a dedicated after sales contact.