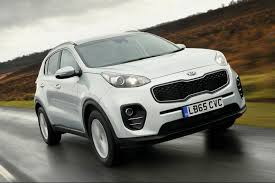 Multiple models from the Kia UK product line up were again recognised with category and overall wins in this years’ Diesel Car Used Car Top 50, following much praise in the 2017 awards. The Kia Sportage (2010-2016) claimed the top spot on the list and was named the overall winner by the Diesel Car and Eco Car panel of judges.
Article by
Sutton Park Group
2 years ago