Transforming the ordinary into something extraordinary to offer the best products in the small sports car segment. This is the mission of the brand with the Scorpion badge has always been the byword for performance and iconic Italian style. 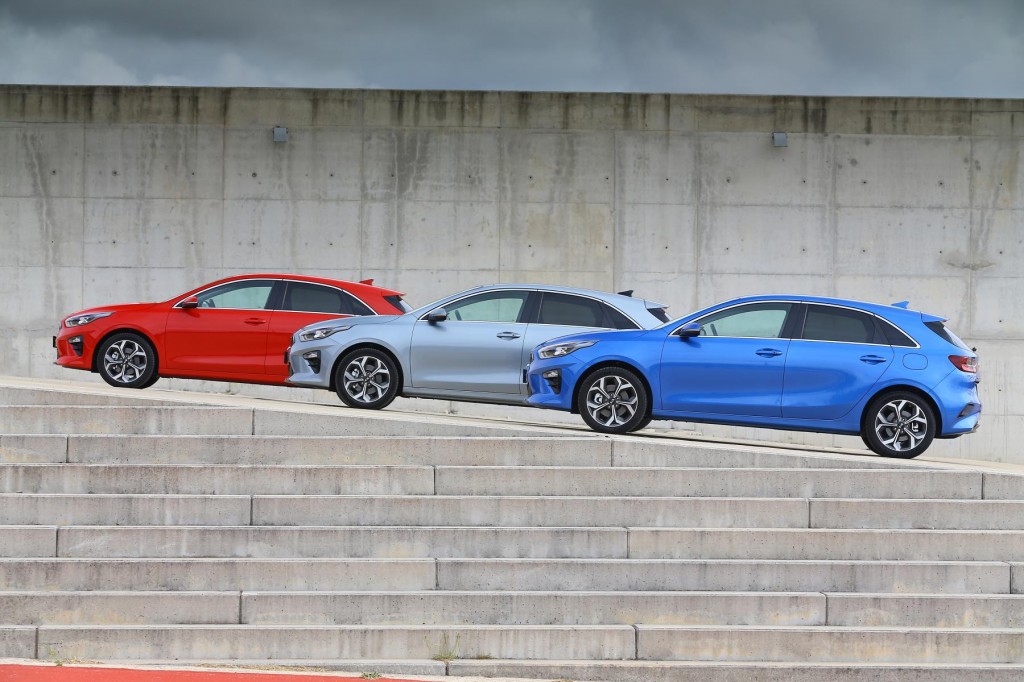 n the spotlight will be the Abarth 124 GT world preview, an adrenaline-packed special edition developed by Abarth Racing Team, with two personalities – a stylish coupé and a bold and dynamic roadster for real driving pleasure.

The trademark grand-tourer-style silhouette of the special edition will be on show by the side of the exclusive Abarth 695 Rivale, which will be sporting a two-tone Riva Sera Blue and Riva Shark Grey paintwork and blue leather interiors. Designed in partnership with the iconic world-famous yacht builder Riva, the car is the perfect blend of elegance and performance.

The two attractive cars on show will be an invitation for the general public to learn more about the values of the brand founded on performance, craftsmanship and continual technical upgrade. These key values guide the work of the Abarth designers, engineers and technicians who create the compact supercars with the Scorpion badge which are ready to engage every day on the road and on the racing track alike.

The new special edition which will be introduced in preview at the Geneva Motor Show is displaying two personalities of coupé and roadster packed in an exclusive Alpi Orientali Grey livery. Abarth 124 GT offers a solution that is light and simple. The convenience of an easy-to-operate manual soft top is combined with the benefits of a light-weight and hard top. The Abarth 124 GT is the only roadster on the market to have a hard top to be made of carbon fibre. In addition to the features that marked the success of the 124 spider, the car packs many exclusive contents, like 17-inch OZ Ultra-Light alloys, which are approx. three kilograms lighter than standard wheels with a refreshed, sportier design.

The mirror caps sport a special gun metal colour which matches the front spoiler and the matte black bonnet treatment is available to order. This finish is an unmistakable reference to the classic Abarth 124 Rally which adopted the matte black bonnet to prevent the driver from being dazzled by the sun. Carbon fibre rear spoiler and hard top are also available. The mirror caps can also be either carbon fibre or red.

The carbon fibre hard top weighs just 16 kilograms and contributes to improving the compactness and overall torsional rigidity of the car. The hard top is lined on the inside and has a large rear window and efficient defroster to clear it in less than three minutes. It guarantees thermal insulation and soundproofing, while ensuring ample rear view.

Importantly, it can be removed and refitted in a few easy steps. This means being able to switch from open-air thrills to the bold grand-tourer-style, which has always been a key part of the DNA of the Abarth brand, in a few minutes.

Both with their unique differences, the two personalities perfectly embody the leading values of the brand of performance, craftsmanship and technical excellence. The Abarth 124 was engineered to create a new benchmark in the sporty roadster segment and boldly does so with cutting-edge engineering solutions, such as weight concentrated within the wheelbase, engine installed behind the front axle, sophisticated mechanics and special materials to achieve excellent weight-to-power ratio. Furthermore, the perfect 50/50 weight distribution in running order ensures outstanding feedback and agility. The suspension features high double wishbone suspension on the front and a five-arm multi-link on the rear with calibrated setup specifically designed to increase cornering and braking stability.

Finally, Abarth 124 GT fits a powerful, four-cylinder 1.4 litre MultiAir turbo engine. It delivers 170 HP and 250 Nm of torque. It has a top speed of 144 mph and goes from 0 to 62mph in 6.8 seconds. It is available with a six-speed manual or automatic Sports Sequential Esseesse gearbox. Engine sound is a fundamental element of all Abarth cars, standard equipment includes Record Monza exhaust with dual mode system capable of modifying the path of the exhaust gas according to engine rpm and of generating a satisfying, deep roar.

Abarth 695 Rivale is the special edition designed in partnership with Riva, the iconic world-famous Italian yacht builder. It is the most sophisticated of all Abarth creations and the perfect blend of elegance and performance.

Premium materials and supercar performance is the combination that makes the 695 Rivale unique.

Available as hatchback or convertible, like the model on shown in Geneva, the Abarth 695 Rivale stands out for its exclusive livery with two-tone Riva Blue and Grey paintwork and aquamarine stripes running around the waist rail, similar to the "beauty line" that appears on yachts.

The satin chrome finish on the door handles, the “695 Rivale” badge on the tailgate and rear wings, and the satin chrome moulding on the tailgate, all make this model even more unmistakable, evoking the affinity of style with the side view of the new Riva yachts. All this attention to detail goes hand-in-hand with the usual strive for top performance found in every Abarth car.

Under the bonnet of the 695 Rivale lurks a 1.4 T-Jet engine which delivers 180 HP and a torque of 250 Nm. The weight-to-power ratio is worthy of a real supercar (5.8 kg/HP with a weight of 1045 kg) and the performance is stunning: top speed of 140 mph and just 6.7 seconds (6.9 seconds with robotised sequential transmission) to accelerate from 0 to 62 mph.

The Abarth racing plans for 2018 focus in two areas, namely in rallies, with an ambitious international schedule involving the FIA R-GT Cup, the European Championship and national series in the various European countries, and in circuit racing, with the Abarth Selenia Trophy and the Italian and German F4 championships.

After its impressive debut in 2017, Abarth has decided to aim high, assigning prizes and offering incentives to drivers competing in the top international championships, through the Abarth 124 rally Selenia International Challenge.

The greatest prizes are for drivers taking part in the FIA R-GT CUP, with the overall winner receiving an Abarth 124 rally. Many single race prizes and incentives are also lined up. The prizes for those who compete in their respective national championships within the European Union, competing in the R-GT class, are equally attractive.

In 2017, Abarth 124 rally won the R-GT class in the Italian Championships, with Fabrizio Andolfi Jr, and in Spain, with Alvaro Muñiz Mora, demonstrating outstanding reliability and competitiveness in its very first season. Andolfi finished all 10 races he took part in (seven valid for the 124 Rally Selenia Trophy, together with the Rally di Romagna, the Rally San Marino on unpaved roads and the Rallye du Valais), winning his class eight times and achieving impressive results.

Another demonstration of the Abarth spider's potential came recently in the Montecarlo Rallye, where Andrea Nucita and Marco Vozzo recorded an incredible fourth best time overall – amongst the official WRCs – in the event's toughest special test stage, held in extreme conditions with show and ice. Making good use of the electronic engine and traction control commands, the Italian driver showed that difficult conditions bring out the best in this rear-wheel-drive car, helping to make the racing speciality even more spectacular.

There is a focus on young drivers from 16 to 18 years of age, who are able to take part in the championship this time, thanks to an agreement with Acisport which helps these budding sportsmen and women to win their racing licences by running special test sessions for them.

The Abarth Selenia Trophy season consists of seven races, attracting a large number of foreign drivers. The 2017 season winner was Italian driver Cosimo Barberini, ahead of Juuso Pajuranta from Finland, Joakim Darbom from Sweden and Kuzey Eroldu from Turkey.

Given the outstanding success in Italy and Germany over the past seasons, Abarth has decided to support the fourth edition of the F4 Championship in Germany and to reconfirm its involvement in the Italian Championship as sponsor and official engine supplier.

The 1.4 Turbo T-Jet engine with 160 HP, derived from the one fitted on the street-legal 595 and used on the Abarth cars competing in the Abarth Trophies, will be equipping all the cars made by the Italian manufacturer Tatuus again this year.

The general public visiting the stand in Geneva will be welcomed by materials picked to describe the character of Abarth. In this edition, the creations with the Scorpion badge will be showcased next to the Fiat models in a way to enhance the distinctive traits of both brands. Rough concrete finish walls and torched metal sheeting on the floor evoke the world of racing, and dynamism is the theme of the entire exhibition area. The Abarth 695 Rivale will be positioned over a moving water effect cleverly created by glass covered graphics.