Home / News / ALL-ELECTRIC RENAULT ZOE NAMED ‘BEST ELECTRIC CAR UP TO £20,000’ FOR THE FIFTH CONSECUTIVE YEAR AT WHAT CAR? AWARDS
COVID-19 All branches are closed for now - READ MORE

ALL-ELECTRIC RENAULT ZOE NAMED ‘BEST ELECTRIC CAR UP TO £20,000’ FOR THE FIFTH CONSECUTIVE YEAR AT WHAT CAR? AWARDS

The all-electric Renault ZOE has added to its growing awards tally having been recognised for the fifth consecutive year by What Car? judges. The ZOE Q90 Z.E.40 Dynamique Nav was named ‘Best Electric Car for less than £20,000’ at the What Car? Awards 2018 in London this evening. 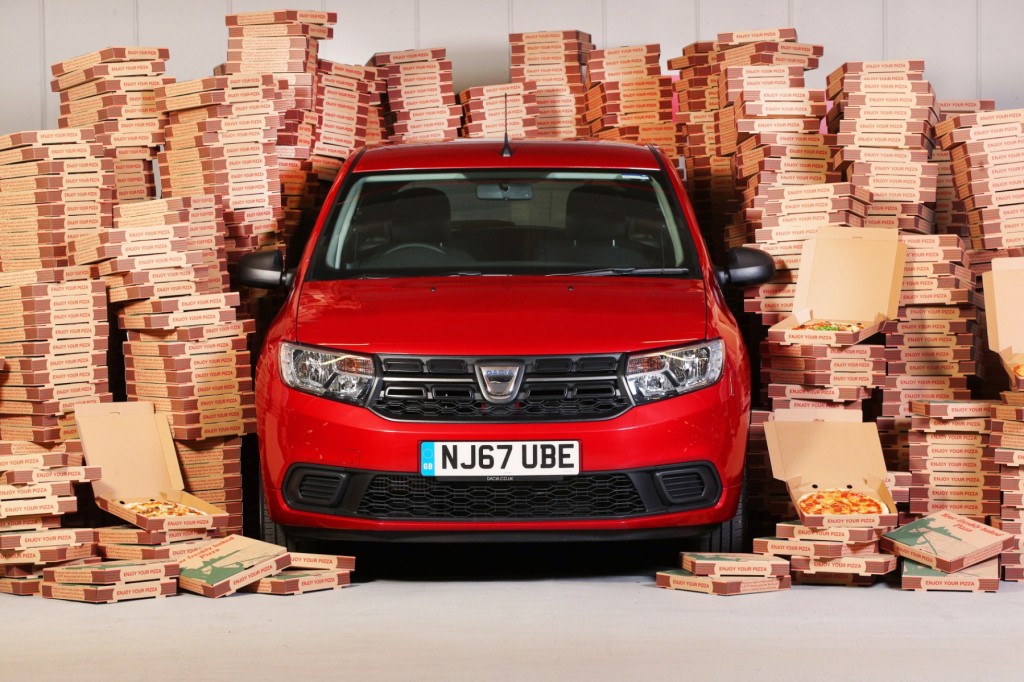 The Renault ZOE, fitted with the Z.E.40 battery which was released last year, can now store almost twice as much energy than before , delivering up to 250-mile range (NEDC) whilst retaining fast charging times at an accessible price.

Commenting on the decision to award the ZOE for a fifth consecutive year, Steve Huntingford, Editor, What Car? said: “The latest Renault ZOE impressed our judges because it represents a significant step towards overcoming ‘range anxiety’. The only other electric cars in the UK that are capable of travelling up to 250 miles between charges come from Tesla. But while the trendy Californian firm’s Model S costs from £64,000, our favoured ZOE can be yours for £18,595. And Renault has kept everything that was already great about the ZOE: its practicality, tidy handling and standard kit. Plus, while range is up dramatically, price isn’t. And to include many of the latest comfort and infotainment features as well as fast charging at this price makes the ZOE a truly brilliant all-rounder.”

“Dynamique Nav trim is your best bet. It gets 16-inch alloys, a leather-wrapped steering wheel, auto lights and wipers and a 7-inch infotainment touchscreen with Bluetooth, sat-nav and a DAB radio. Our favoured Quick Charge (Q90) car can be charged to 80% in just 65 minutes on a 43kW fast charge,” added Huntingford.

Vincent Tourette, Managing Director, Renault UK, said of the result: “Renault originally launched the all-electric ZOE in 2013. With the surge in interest in electric cars and the ever-growing number of competitors, it’s testament to the ZOE’s qualities, including its class-leading range, that it has now been recognised by What Car? for five consecutive years.”

The ZOE is an all-electric, five-door supermini available in a choice of three trim levels and with two battery options. Despite its affordability, the entry level Expression Nav comes with a high level of standard specification including items such as climate control and the 7-inch touch screen R-Link 2 infotainment system with sat nav. In What Car?’s favoured trim level, Dynamique Nav, the features include hands free keycard, automatic lights and wipers and rear parking sensors. The top-of-the-range Signature Nav trim provides buyers with features including supple leather upholstery, a seven speaker BOSE® audio system, heated front seats and a rear parking camera.

With the Z.E.40 battery and R90 motor, ZOE’s range is 250 miles (NEDC) and can charge from zero to 80 per cent full in as little as 60 minutes thanks to its patented Chameleon Charger™ that allows it to make the most of the widest range of power supplies and also keep charging times to a minimum. Renault estimates the real-world range in summer is equivalent to approximately 186 miles and 124 miles in winter. Renault’s Range OptimiZer technology ensures ZOE is highly efficient with its heat pump, a bi-modal braking system and Michelin ENERGY E-V tyres.

ZOE is available to purchase in two ways. Firstly, under a battery hire scheme, where ZOE pricing starts at £14,245 (OTR) after the Government Plug-in Car Grant with battery leasing from £49 per month. There is also an ‘Unlimited’ option with no mileage cap, priced at £110 per month.

You can also buy the ZOE outright. ZOE i ‘full purchase’ models start from £19,845 (OTR) after the Government Plug-in Car Grant, giving the buyer full ownership of the car and battery and no monthly battery lease payment.

This What Car? award builds on ZOE’s other recent achievements that include:

‘Electric Car of the Year’ at Company Car Today Awards 2018,
‘Best Small Company Car’ at Carbuyer Best Cars Awards 2018,
‘’Best Eco Car’ at Parkers Awards 2018,
‘Best Pure Electric and Hybrid Car’ at Green Apple Awards 2017,
‘Game Changer 2017’ at Autocar Awards 2017
‘Best ULEV’ at Fleet World Awards 2017
ZOE is the best-selling electric vehicle in Europe and more than 6,000 ZOE have been sold since launching in the UK in 2013. ZOE is one of three models in Renault’s diverse electric vehicle range which also includes the Twizy quadricycle and the recently uprated Kangoo Van Z.E. 33 and the forthcoming Master Z.E. large panel van.