Home / News / SCOTTISH WATER LOOKS TO PURIFY ITS FLEET WITH THE AID OF THE ALL-ELECTRIC RENAULT KANGOO Z.E. 33
Our Showrooms are reopening from 1stJune

SCOTTISH WATER LOOKS TO PURIFY ITS FLEET WITH THE AID OF THE ALL-ELECTRIC RENAULT KANGOO Z.E. 33

A pure-electric Renault Kangoo Z.E. 33 refrigerator conversion is enabling Scotland’s water provider to continue its drive to make the country’s air and water the cleanest it can be. 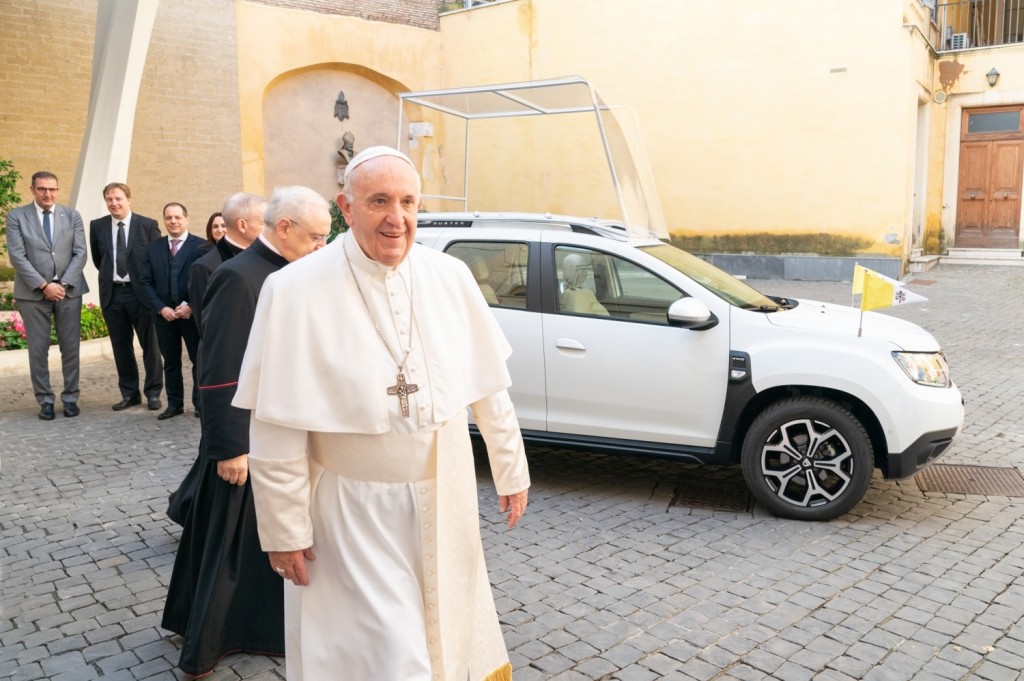 Scottish Water, which provides drinking water to nearly 2.5 million households across the country, is using the zero-emissions-in-use, refrigerated Renault Kangoo Z.E. 33 to assist with the water sampling undertaken by its Scientific Services team across the Highlands.

The introduction of the award-winning light commercial – the first electric vehicle utilised by Scottish Water – will also help the water supplier to determine how it can rollout EVs across its fleet and make a significant contribution to its support of the Scottish Government’s carbon target to reduce carbon emissions by 90 per cent by 2050.

As part of the conversion by Bott Ltd, and which also contributes to the van having minimal impact in terms of noise and pollution on the beautiful landscape of the Highlands, the strikingly-liveried Renault Kangoo Z.E. 33 features roof-mounted 150-watt solar panels to power its onboard refrigeration equipment. The panels charge a 200 amp lithium battery, which in turn powers the 140-litre temperature-controlled refrigerator that is required to keep water samples in optimum condition during transportation.

With a ‘real-world’ range of up to 124 summer miles (75-99 miles in winter) on a single charge, the Renault Kangoo Z.E. 33 is able to comfortably accommodate the routes throughout the Highlands that are regularly completed by Scottish Water’s water samplers. Scottish Water plans to charge the van via 26 charging points that are available at its numerous locations, which include The Bridge, Castle House, Fairmilehead, Juniper House, Gowans Terrace, Henderson Drive, Bullion House and Shieldhall.

Working in collaboration with Renault Pro+ Commercial Vehicles on the trial, which has included the manufacturer delivering EV training to Scottish Water employees, Scottish Water opted for the Renault Kangoo Z.E. 33 due to its usable range, versatility and ease of operation.

Ross Shepherd, Fleet Manager, Scottish Water, said: “We have already lowered our carbon footprint by introducing drivers to fuel efficient techniques and awareness coaching, which has seen 10-15 per cent saving in fuel use, but the next big step is to evolve the electrification of our fleet and we believe the Renault Kangoo Z.E. 33 to be the perfect vehicle for an electric vehicle trial. It’s a very big milestone for us.”

“First impressions are already good and our sampling team are enjoying how easy it is to drive, while both vehicles are also performing well in terms of range and being up to the task. Being able to do our part to protect our local environment is upmost to us, but the cost savings we will make on fuel and maintenance will also enable us to invest in other areas that have a direct impact on the customer experience”

Vincent Tourette, Managing Director, Groupe Renault UK, said: “Groupe Renault UK is delighted to partner with Scottish Water as it looks to transform its fleet and make a significant step in reducing the impact of its operations. We pride ourselves on our pioneering EV technology and it’s very rewarding to see how Scottish Water has chosen the Renault Kangoo Z.E. 33 as the ideal all-electric vehicle to be a feasible replacement for its hard-working, conventionally-powered light commercial vehicles.”

The Kangoo Z.E. 33 has a real-world summer range of 124 miles and has a load capacity of up to 4.6m³, coupled with diesel-rivalling payload of up to 640kg. Together with the enhanced 33kWh battery, the Kangoo Van Z.E. 33 benefits from an upgraded charger that reduces charging times and is twice as powerful as its previous one. The single-phase 7kW AC charger can take the new 33kWh battery to a full charge in just six hours, with the ability to ‘top-up’ the vehicle by up to 15 miles in just one hour. The Renault Kangoo Van Z.E. 33 is available in a range of body styles, including Kangoo Van Z.E. 33, Kangoo Maxi Z.E. 33, Kangoo Maxi Crew Van Z.E. 33 and Kangoo Maxi Crew Van Cab Z.E. 33.

For further details on the Renault Kangoo Z.E. 33, visit www.renault.co.uk and www.easyelectriclife.com

The award-winning Renault Pro+ Commercial Vehicle range is supported by Renault Pro+ Business Centres as part of the dealer network, which has been developed to meet the specific requirements of business customers. Benefits of the highly specialised network include finance products tailored for professional customers, extended opening hours and courtesy vehicles that are of the same category (wherever possible), to a dedicated after sales contact.